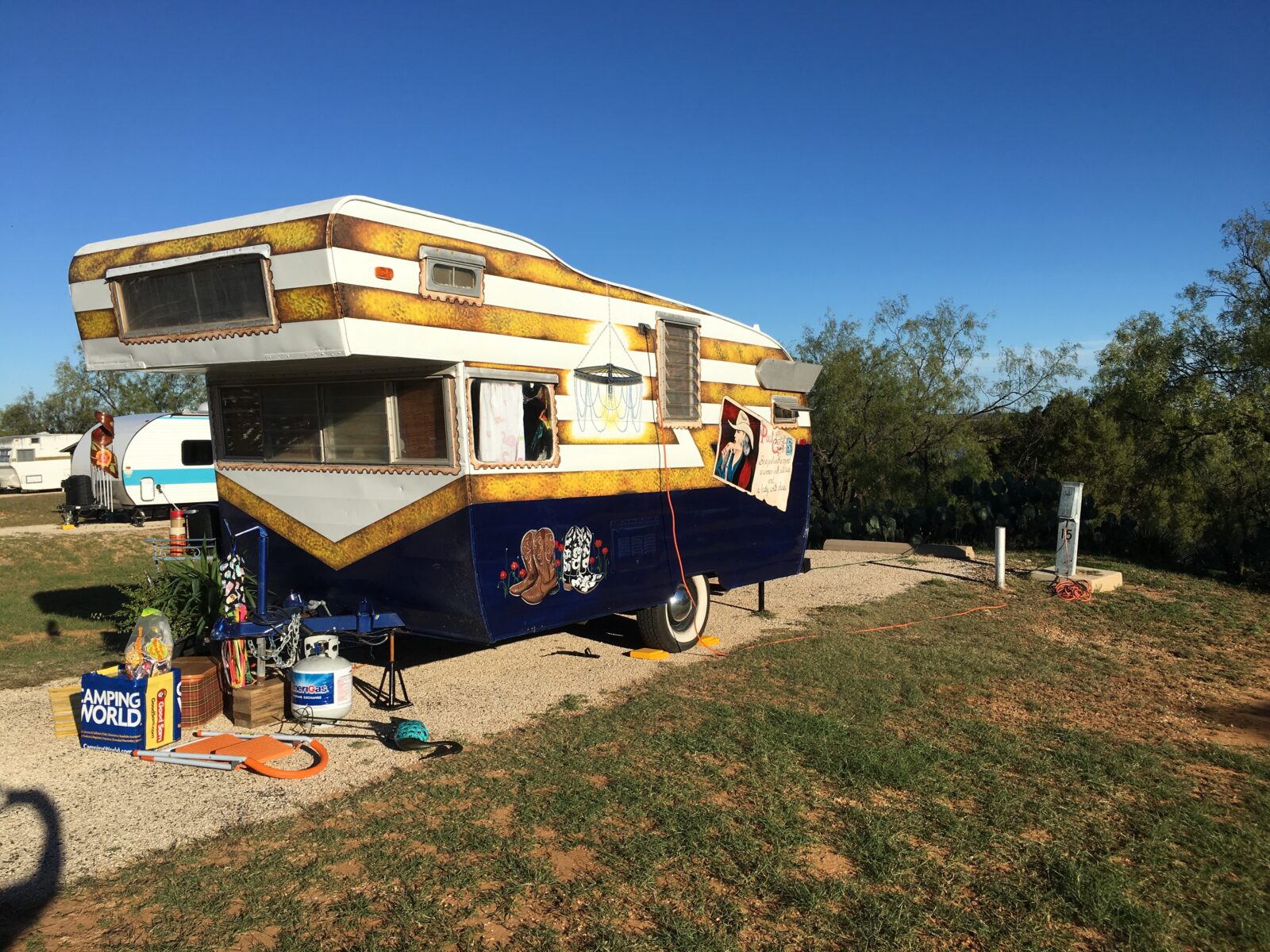 En route to Arlington, TX, we called three nearby RV mobile repair companies – one recommended by the campground and two with strong Google reviews. When none of the three called us back, we called Mobile Truck Medic who said they could have a technician available in three hours (not usually a good sign). We said 9am Friday, they said $325 deposit – settle up on $110/hr labor, parts and mileage at the end. Deal.

9am Friday they had an emergency call and we were pushed to 10:30. In the meantime we had packed the fridge and freezer with ice bags knowing exactly how to save the food. The repairman spent about 2.5 hours working inside the panel, finally declared that the temperature sensor box failed and he couldn’t fix it. But he could show us how to bypass the temperature sensor so we could still operate the fridge, which he did, and drove off. A short time later, another $52 charge hit the AmEx. Thinking we had a fridge, we let the ice stay while the fridge cooled and added a few essentials like eggs and ice cream before our departure on Saturday morning for Lake Colorado City.

In the meantime, Eric had a chat with Bill, who mentioned the temperature sensor had failed before and could possibly be fixed with a magnet. Curious, he combed the big book of Betty records and found 2 recall notices from Norcold for this exact issue, along with calling Charlie from Tip Top RV Repair who had installed the new compressor in June of this year. The old “magnet on the motherboard” might do the trick. Hours later, the fridge was not cooling and Mobile Truck Medic wasn’t around so we walked to a fabulous Gucci Target and bought some bulletin board magnets but alas, the sensor seemed shot.

This morning we decided to cook everything in the fridge as we were likely to lose it. Eric grilled 3 pieces of salmon at 7am while Sheri made zucchini bread and hard boiled eggs. We ate last nights chicken chili for breakfast and used up the rest of the cheddar block as topping. We sautéed partially thawed bags of kale and spinach with leftover farro and made a sauce with partially thawed peas, the rest of the Parmesan cheese and a little olive oil. It was Food Truck Saturday at Treetops RV. Two more bags of ice and we were on our way to Lowe’s for one more try at the magnet on the motherboard trick. We called Charlie back and he said buy the strongest magnet you can find, hold it for 30 seconds on the board and you should hear a switch flip. Hail Mary pass complete! The red light went off, the fridge fired and 4 hours down I-20 we stopped in Sweetwater for gas and the fridge was cold. $5 fix with a $377 add on from the Medic. I called AmEx and told them my story but unfortunately it was a service and not merchandise so I have no purchase protection. They did advise to open a dispute. We’ll see what the outcome is in 8-10 weeks.

Much of Interstate 20 West looks like this, with pop up towns for gas, cigarettes and fast food. It wasn’t a very interesting drive, but it certainly was consistent. We filled up with gas in Sweetwater, where we started to see windmills in the distance and just before Lake Colorado City we were passing giant turbines making up one of the top 10 largest wind farms in the US.

Not having wind farms in the DC area, we wished we could have learned about how they work along the way. Texas, we think you should set up one of those “tune your radio to this AM station to hear about wind farming in Texas.” It would make the drive interesting and educational for the clean energy movement!

Lake Colorado City is not at all what we expected. It is mostly abandoned outbuildings and garages, boarded up stores and junkyards. It’s hard to believe there is a state park in the midst of extreme abandonment. The main sight to see is this Morgan Creek power plant, which has nothing to do with wind farms. They’re into natural gas, nuclear, coal and solar power.

We arrived at the state park around 4:20pm, just as they were closing. We were told that Loop 1 was fully booked and there was one site on the water on Loop 2, so we snagged it. To our surprise, the sites aren’t actually ON the water, they have a water view. And getting down to the water might get a bit prickly. This is our water view.

Whenever we pull into a new park, we like to Como around to get the lay of the land. First stop would be sold-out Loop 1 – they must be ON the water. What we found were Sisters on the Fly, a women-only nationwide club with 12,000 members, focused on outdoor recreation. Their only rules are no men, no kids, be nice and have fun. This West Texas outing of about 50 women was a camper meet-up with a progressive dinner activity. They were having a blast being adventurous with their like-minded friends.

While I chatted up the membership, Eric cruised the campground checking out the glammed up vintage campers. Having a camper is not required, many of the women were staying in park cabins or other kinds of motorhomes.

By all accounts, we are officially in west Texas. The landscape is hard and unforgiving. Scrub pine, mesquite, and prickly pear cactus own the tundra. This evening a wind came in and shook Betty so hard you never would have guessed she weighed 22,000 pounds. The horizons are big – you can see miles and miles in any direction. The sunset was spectacular. It is definitely a land for the tough – nothing easy about it, but in that it has a distinct appeal. Life here feels more on the edge of survival which also makes us feel more alive.