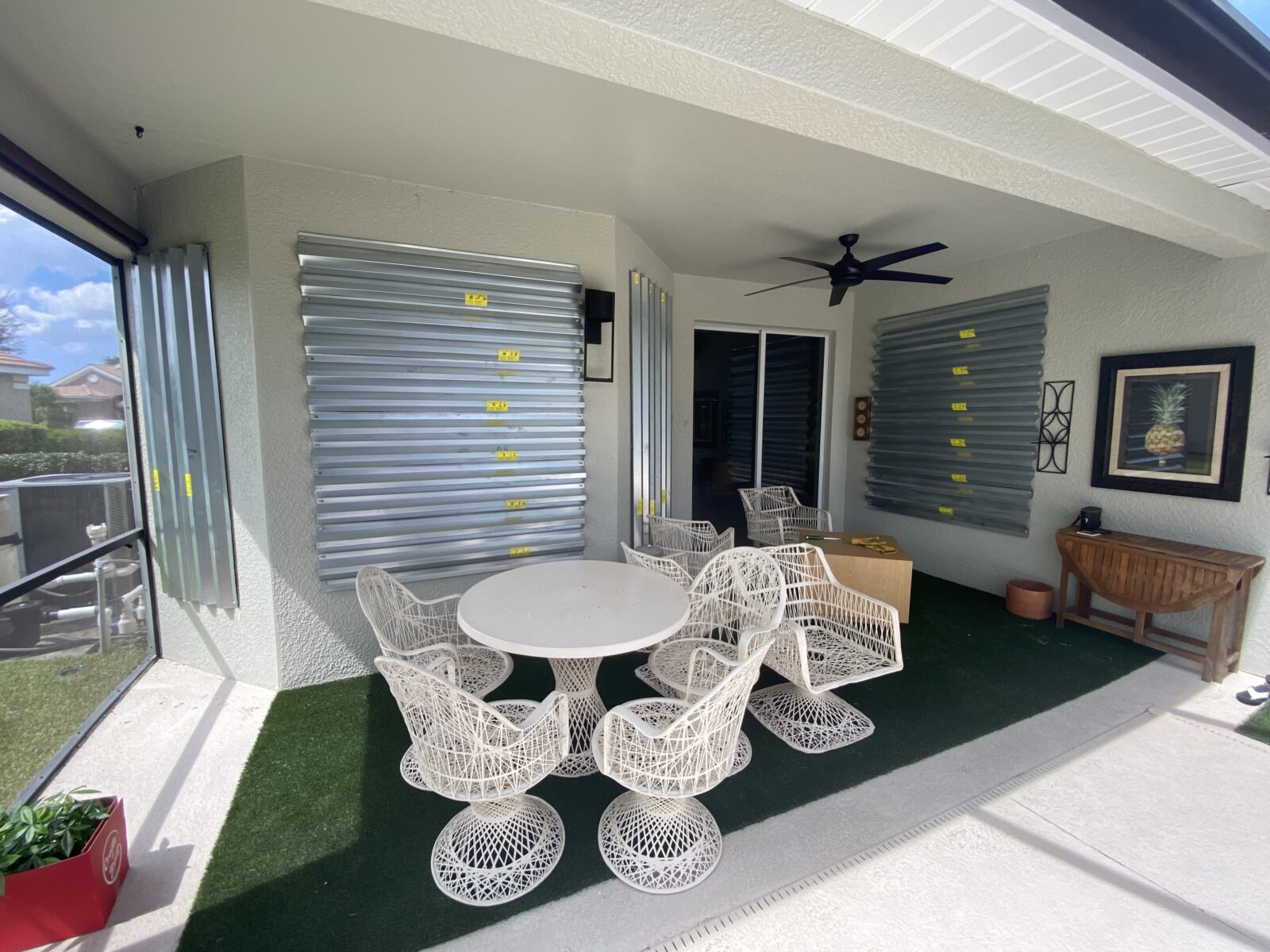 While we were hot and bored in Key West, Jamaica was whipping up a little mischief down in the Caribbean.  The local buzz at the pickelball courts was that Key West was in the path of a brewing storm.  That gave us the perfect excuse to head back North a day early, not that we needed it.  The bang on the door from the camp host asking us when we were going to evacuate was enough.  If you are in the Keys in a trailer, you skedaddle at the whisper of the word hurricane. Also, they kick you out.

Tropical Depression 9 was christened Ian when it got its winds all spinning in the same direction.  Ian kept its eye on us from a distance as we arrived home having raced ahead but not out of reach.  Today we are in cave like lockdown, windows and doors shuttered, listening to whipping wind, waiting for power to fail and cooking sweet potato black bean chili with masa chips.  Lights are flickering and the internet interrupting with new tracking showing Ian rolling right over top of us tonight.  We play a little real estate game of looking up the addresses of waterfront houses in Punta Gorda we passed on last year when we thought a house with a boat was a good idea and wonder if they will still be there in 24 hours.  Perhaps northerners are playing the same game with our address?

We are a hurricane-shutters-era community.  A decade after these homes were built, the code would change to mandate “hurricane-proof” windows.  Ours are not but they do just fine when placed behind a thick sheet of metal.  Usually the hurricane shutters sit quietly out of the way against a wall in the garage.  Life goes on around them and you wonder if you’re ever going to need them, if they are all accounted for, and how they get installed.

Lots of good questions that became even more interesting once Ian moved into the Gulf.  When Eric started lining them up outside the house on Sunday, neighbors thought us crazy but they did not know Ian like we did.  He is a stalker.

We feel sorry for all of those owners of new homes with hurricane rated windows who will never know the joy of sorting through 200 pieces of sharp corrugated steel.  After a day of Eric moving the heavy panels from window to window in an attempt to make sense of the cryptic hieroglyphics scribbled on each panel,  Sheri retrieved the installation map and key from the broom closet.  Obviously, if Eric had wanted that at the start he could have asked for it, but where is the challenge in that?

Install also gave Eric a chance to confirm that the recent coats of exterior paint were applied with excellent coverage over top of the hundreds of shutter screws that need to be backed out an inch to hold the panels.  Overall, it went about as smoothly as you would expect for an inexperienced AARP-member in humid Florida heat.

If you think media turns politics into divisive entertainment, they’ve got nothing on the weather forecasters.  Some good worst-case scenario news coverage whipped up the community.  Costco had controlled lines at the entrance – this line for water, that for generators and this other for everything else.  Walmart shelves were stripped of canned goods and Lipton rice packs while Whole Foods had a run on sweet potatoes and Benevolent Bacon.  You couldn’t buy plywood sheets, flashlights or batteries at the local Home Depot but we picked up some sod starter lawn feed hoping Ian will help make our new grass grow.  It was everyman for himself out there.

In the end, that worst case scenario stuff turned out to be right on the money.  Go figure.  No one ever gives credit to the forecasters when they get it right.  Why start now?  Basically, we got Ian angry.  While we may have beat him to Bradenton, he took the time to flex big-time for his arrival.  It is too late to run and there is nowhere to hide.  See you on the other side!