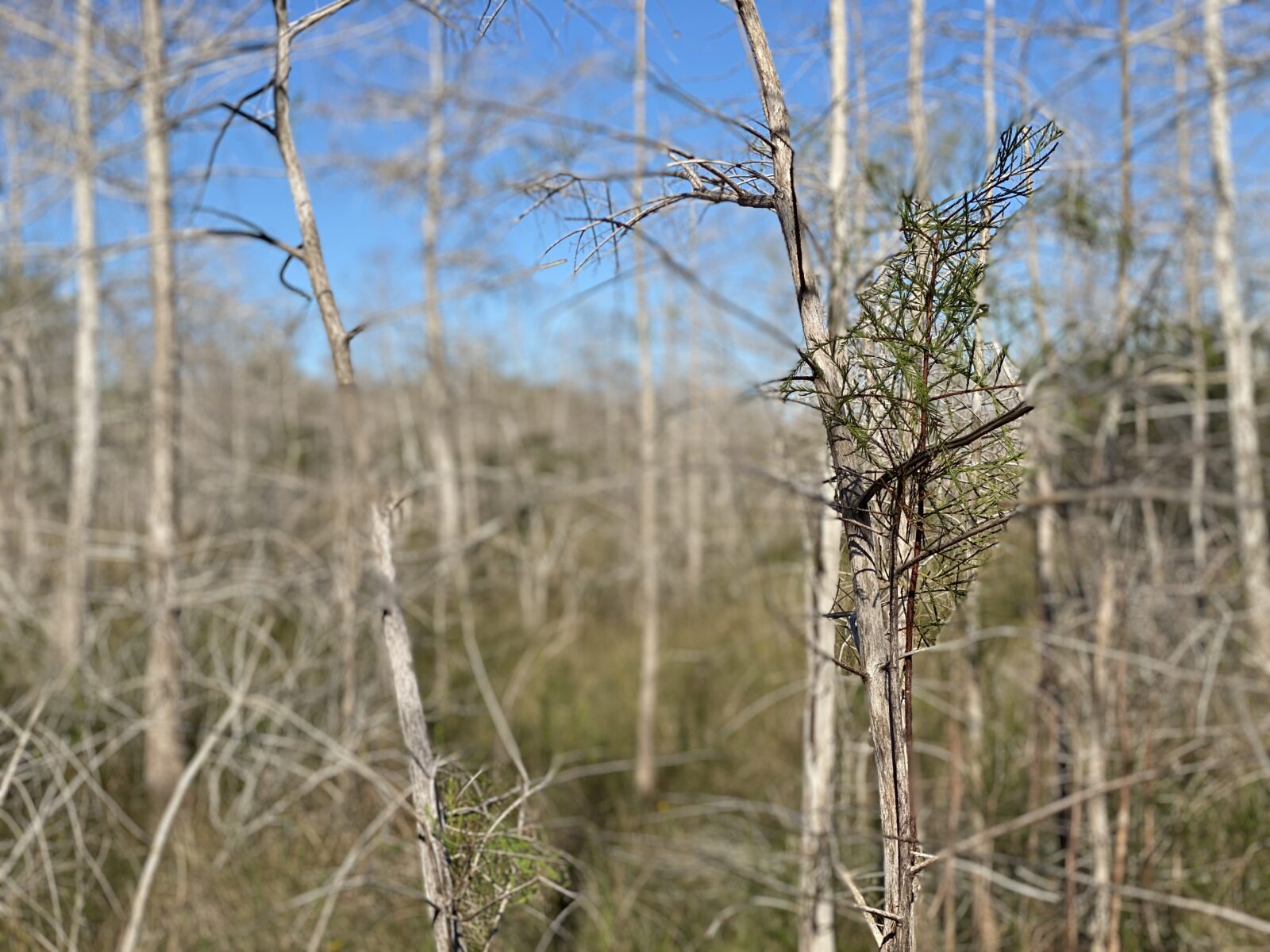 Between Miami on the Atlantic and Naples on the Gulf lies the vast expanse of the Florida Everglades.  Interstate 75 picks up its moniker, Alligator Alley, for its 100 mile east-west span across the northern boundary of the region.  26 miles further south, the older Tamiami Trail, highway 41, cuts two lanes directly through heart of the glades.  Our destination, aptly named Midway Campground, rested in the dead-center of the remote region.

The pick-up truck was packed for tent camping, something we had not done in years.  Four days worth of perishables slowly warmed in the Yeti cooler next to gallon jugs of water in the backseat.  The bed was loaded with tent, kitchen, bedroom and bikes.  We felt naked without the amenities of a 34 foot motorhome, but also more flexible and even rugged.  The camp host directed us to our site, an exposed narrow wedge of grass on the apex of a turn and without the covered patio we spotted next door.  While our preferred first-come first serve site was clearly unoccupied, the host’s hands were tied.  We would have to sort out any changes with the central bureaucracy, a task made harder with the cell phone showing No Service.

Needing firewood anyway, we motored down the Tamiami trail to any Indian Village with a General Store and one bar of LTE. An hour later we were pitching camp in the FCFS spot and back-filling the host on our new arrangements.  The campground was a favorite of the motor coach crowd due to its two dozen sites with 30 amp service.  The tenting area had no hot water, showers, camp sink or electricity,  but the flush toilet with outside cold water spigot reminded us to be rugged and stop complaining.

The balmy everglades weather threatened surprisingly cold temperatures with wind and rain on the back side of a cold front en route.  We pitched the tent and set up the kitchen with an eye toward surviving  potentially inclement weather.  A giant medium weight tarp became a makeshift rain fly which we did our best to securely fashion for the high winds predicted the next day.  With chili on the camp grill and a lightly provisioned outdoor kitchen under the dining canopy, the sun set on our encampment at 5:45.  We drifted back to a time without electricity or cell phones (no coverage), to a campfire for heat, food, and light and a cribbage board for entertainment.  As the mosquitos bore down on, we retreated to the protection of the tent to wait out 13 hours of winter night.