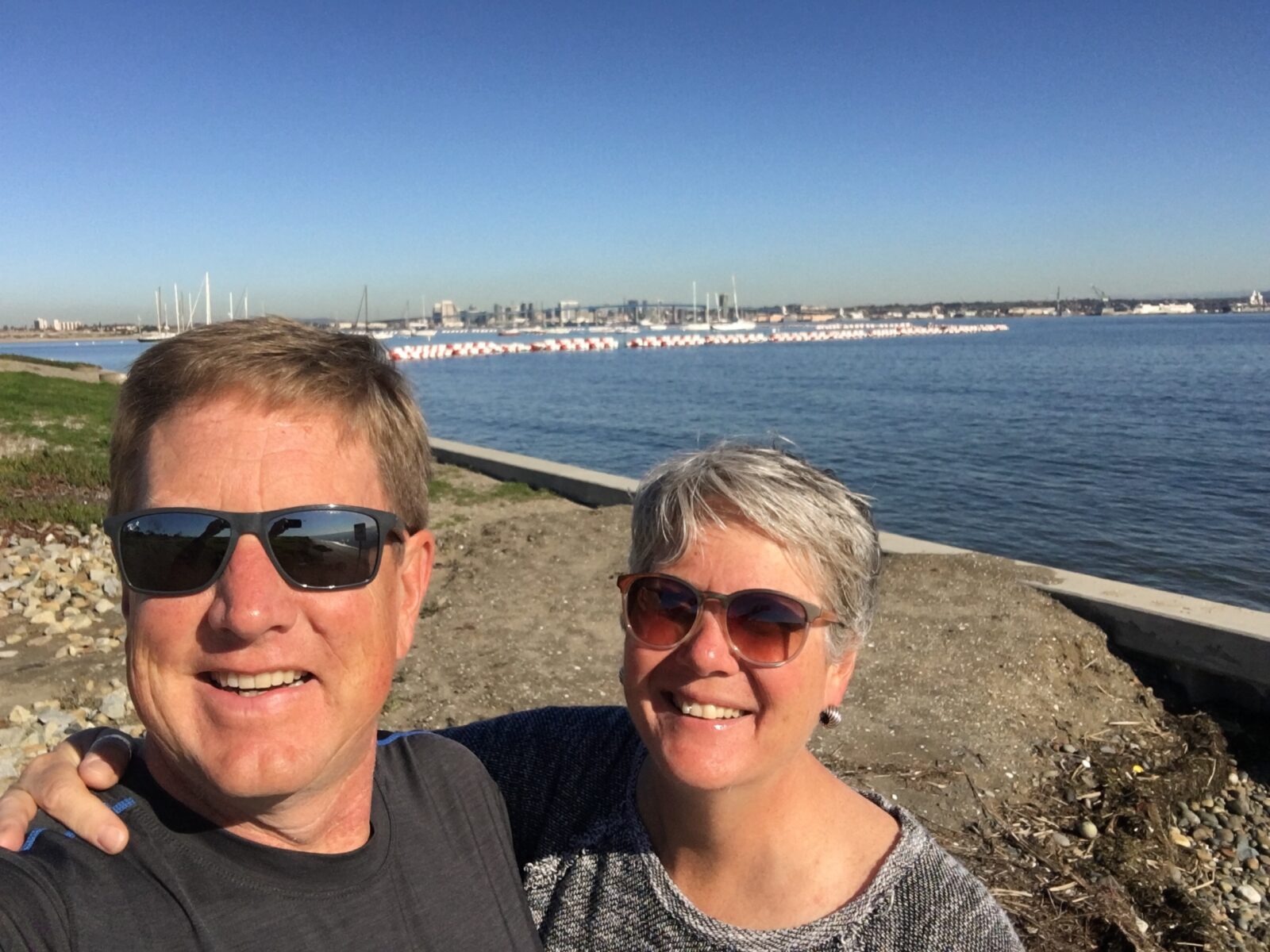 As the morning DJs on 100.7 KFMB in San Diego forecasted 8 days of sunshine after one of the worst winter storms in its history, we pulled up the jacks and headed east, saying so long to the new SEAL class across the street running in formation. Betty flexed her V10 might rolling into Imperial Beach at 40mph, a full 25 mph below the speed limit, to pick up the I-5 East.

The coach was cramped, mostly because of the queen mattress taking up the aisle. We spitballed our disposal options like a wee hours gift to the white panel van in a neighboring site, cutting it up into small pieces that would fit in the trash cans at the Cove or stuffing it in a kayak rack at the marina. Ultimately we chose to take it to the nearest San Diego landfill on our way out of town.

The Otay Landfill in Chula Vista was more or less on our way. The dump directors commented the like-new look of the mattress so the guy who said he was sleeping on an air mattress pulled it aside. As a bonus for doing the right thing, we got an official Betty weigh-in. At 19,920 lbs, we are better than 2,000 lbs below max gross weight which made her feel good knowing she had to climb the mountains today.

Heading back to the highway we saw this guy riding stupid – no helmet nor yellow safety vest. Amateur! But notice the dedicated bike lane – even in San Diego suburbia they love their bikers.

Betty easily scaled the I-8 pass through the SoCal Rockies, with several inches of snow at 4000 feet elevation. We passed plows pushing the last of the snow from the night before off onto the shoulder. You’ve got to love California: surf to snow in an hour.

It was great to see the sun again. And while we love the sand and surf, the mountains and desert have a wholly different vibe that we were digging.

El Centro was a short drive east of the mountain pass. As we approached, we could see the Blue Angels practicing their high flying show over the field. Few people know that NAF El Centro is the winter home of the Navy’s Blue Angels where they practice their routine twice a day for a couple of months before taking it on tour around the country.

Where else can you look up while biking to the pool for some lap swim and see four blue and yellow F-18s trailing smoke in a close formation loop overhead as though it were the most natural thing in the world?  In between Blue Angel practice sessions, T-45 Goshawks and AV-8B Harriers have the field.  It’s nonstop jet action.

Fiddler’s Cove and El Centro RV camps are totally different animals. Checking in at the cove is light and bright with a gift shop and dozens of  attendants overlooking a yacht club. El Centro is one woman in a room with no windows renting equipment you wouldn’t donate to the Goodwill if you could. But it works here. It’s the dusty, dirty desert.  Half-million dollar coaches fill the park escaping winter.  Come summer when the temperatures soar above 100, it will probably be an RV ghost town, but in February it is desert paradise.

Checking out the base, we found an A-6 static display at the center done up in the colors of the squadron Eric belonged – The Green Pawns. He spent many detachments in El Centro training new aviators how to use the A-6. The same bombing ranges and perfect flying weather are still used today to train.  Racks of bombs are stacked on the flight line.  Combat Harriers perform a section take-off with their payload for some target deep in the Chocolate Mountains.  Adjacent to Yuma Proving Grounds, this is the wide-open western ranges where ordnance can be exploded and aircraft can roar overhead 100 feet above you. Tombstone may have become a tourist attraction, but the spirit of the wild, wild west is alive and well at NAF El Centro.

Even though Tucson is only 300 miles away, we decided to spend Saturday hanging around El Centro. It feels good to be back in the desert with its wide open spaces, unobstructed sight lines and the smell of jet fuel in air.  Eric is heading in to the duty office to see if he is on the flight schedule this morning (jk).  Seriously, the Blue’s have show planned to support their 10K fund raiser.   The tennis courts have a practice wall and beautiful courts calling are name.  The pool is open and warm.  And, there is a free movie tonight.  It won’t be hard to fill the day.