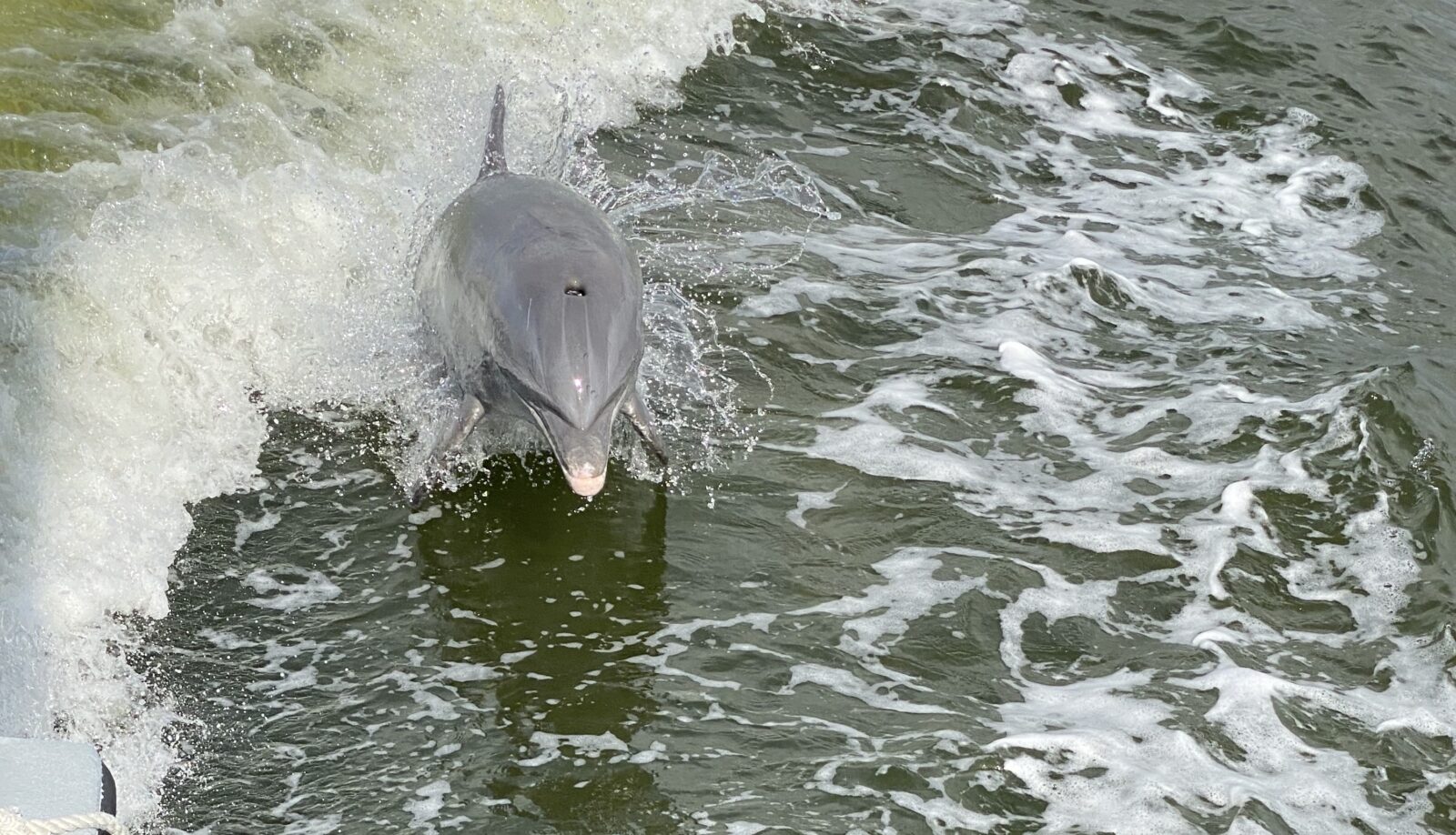 After eight nights deep in the Florida Everglades we broke camp for the last time.  Dabbing calamine lotion on our Poison Wood rash and brushing tiny ants off our arms and face that had set up a home base somewhere in the cab of the truck, we sped westward above the slough on the Tamiami Trail toward home.  Dozens of ‘gators sunned on the banks of the canals next to the road while exotic birds swooped in and out of the slash pine, mangrove, hardwood and endless expanse of grasses and reeds.  Living in the ‘glades is not easy for man, beast or feathered friend.  So why we were missing it already?

At a bait and gas joint on the western edge of the Big Cypress, a man who claims only a symbol for a name cuts hardwood mahogany into art pieces with a chainsaw.  The mahogany reminded of us of the hardwood hammock in which it grew.  The sculpture of a fishhook represented the abundance and fortune that we felt.  And the quirky artist with the 20 inch Stihl chainsaw was a perfect fit for the strangeness of the ‘glades.

The ‘glades forces you to find the current of the natural world and move with it.  The unforgiving landscape of dangerous animals and poisonous plants punishes interlopers.  The meaningless layers of a modern existence are peeled away.  Cell phone coverage is lost.  Refrigeration, electricity, hot water, and solid-walled shelter are removed.  What remains is something primal and satisfying; a meal cooked on a fire; a cup of hot coffee; a warm bedroll while a storm tears at the fabric ceiling.

Channeling the optimism of Ranger Jimmy, we took his advice for a final stop before leaving the ‘glades behind.  Tucked up in the ten thousand island region where the ‘glades emptied into the Gulf coast, we boarded an excursion on a pontoon boat out of the Gulf Coast Visitor Center.  The park, consisting of a temporary trailer to house the visitor center and a tourist boat, was located in Everglades City, site of the National Park designation in the 40’s.  While Miami to the east and Naples to the west bloomed into sprawling metropolises post dedication, Everglades City clung to existence at the edge of the ‘glades.  Hurricane Irma nearly removed it from the map, but the plucky residents rebuilt.

Captain Steve showed us what remains of the coastal ‘glades where thousands of white pelicans live in the winter and dolphins come out to play in the wake of the boat.  We sat on the bow with the wind in our hair as the Captain made a high-speed run through the mangrove islands before intercepting the inbound channel.

The everglades may be harsh, but living in it reminds us, surprisingly, not of the comforts of modern existence but rather of its perils.  The ‘glades reminds you that a life shaped by Yelp reviews and experienced virtually through social media feeds is as equally addicting as it is unsatisfying.  Like junk food, you crave more even as you dislike what you just consumed.   In the ‘glades, surviving creatures great and small, weathering environmental elements and living in remoteness from civilization delivers a down deep satisfaction that’s infinitely better than a bushel of likes on instagram.