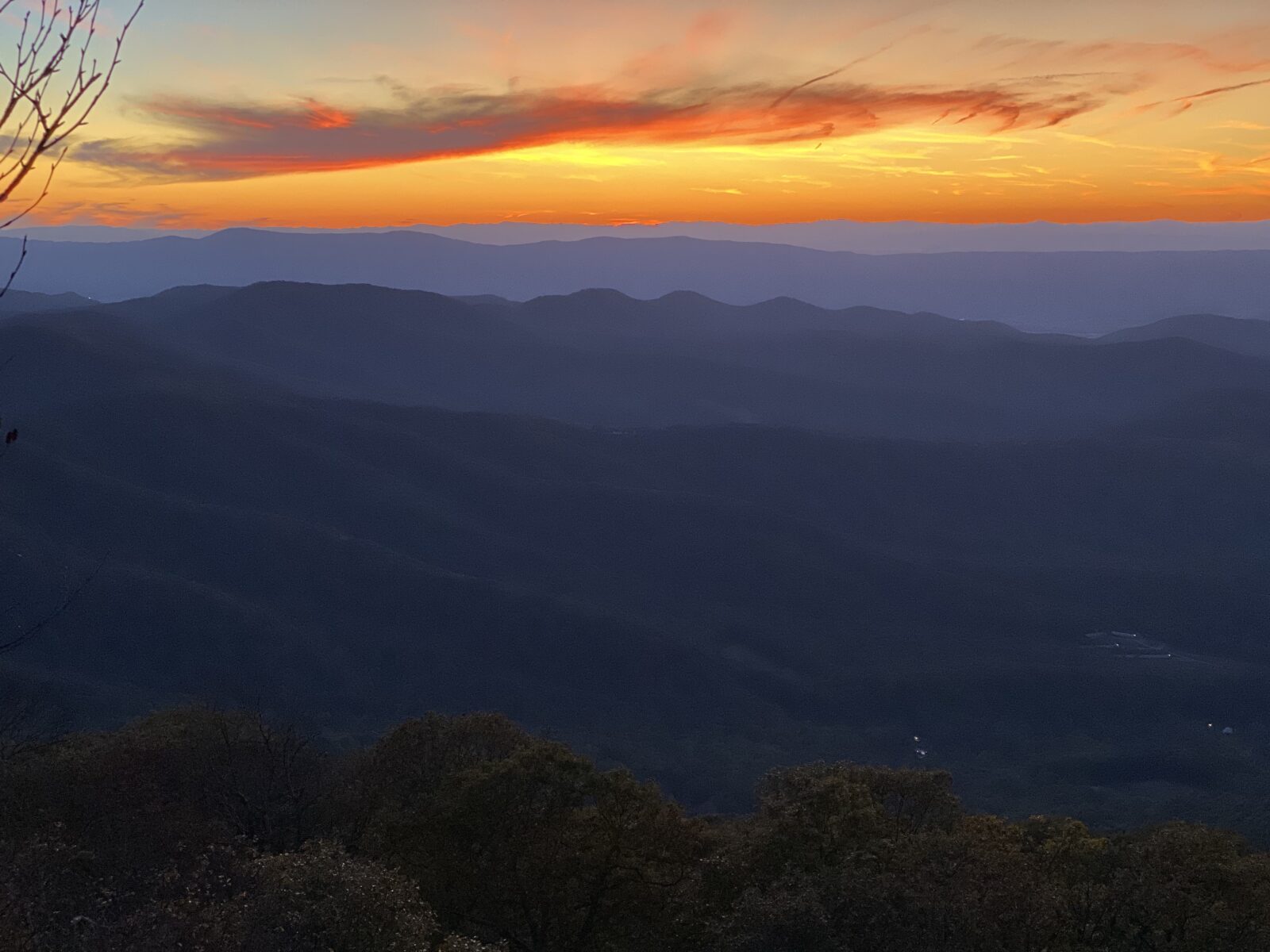 It was a “Those Were the Days” Friday on our last full day at Big Meadows. Rangers run seven tours a week to The Brown House at Rapidan Camp, the summer White House of Herbert Hoover and his wife Lou Henry, by reservation only. Eric snagged two of 10 tickets on the two o’clock NPS van with Ranger David.

High altitude meadows are a rare occurrence in Appalachia. At Big Meadows you can walk through the crop circles of the namesake meadow making your own path as you see fit.

It was an excellent venue to try out some of the features of the new camera such as this artsy portrait, while we waited for the Rapidan tour group to gather.

Ranger David, who held a PhD in Hoover-nomics, explained that when Herbert Hoover graciously accepted the Presidency, he stated that his greatest fear was that he was not the “superman” that the public believed. He predicted that if a true calamity should befall the nation, it would need more than a talented administrator to save them. Considering that the stock market would historically crash six months after he took the oath of office, you’ve got to give this guy credit for making a tragically good prediction.

The modest trout fishing compound served as Hoover’s respite from the pressure of leading a nation that had crashed into the Great Depression six months into his presidency. He frequently grabbed the keys to the Presidential Model T and had his White House Oval office phone forwarded to Rapidan. Did the guy Really love trout fishing or was the compound simply a good place to work politics in an environment where his cabin had an indoor bath while his “guests” were in tents? If you’re into politics, presidents or primitive living, pay the $10 and take the van-to-camp-tour. Otherwise you have to hike 5 miles to get there and there’s no one to tell you the very interesting stories of what Ranger David would call a “misunderstood” leader.

The Hoover history lesson came complete with a double bear sighting, and we are not talking about the Wall Street kind. These were juvenile Black bears running through the woods like the cutest stuffed toys you ever saw. Ranger David even got us back to camp in time for a sunset hike. The locals call the hour after sunset the magic hour. The sky lights catches on fire and the mountains turn purple. Nature’s photoshop.