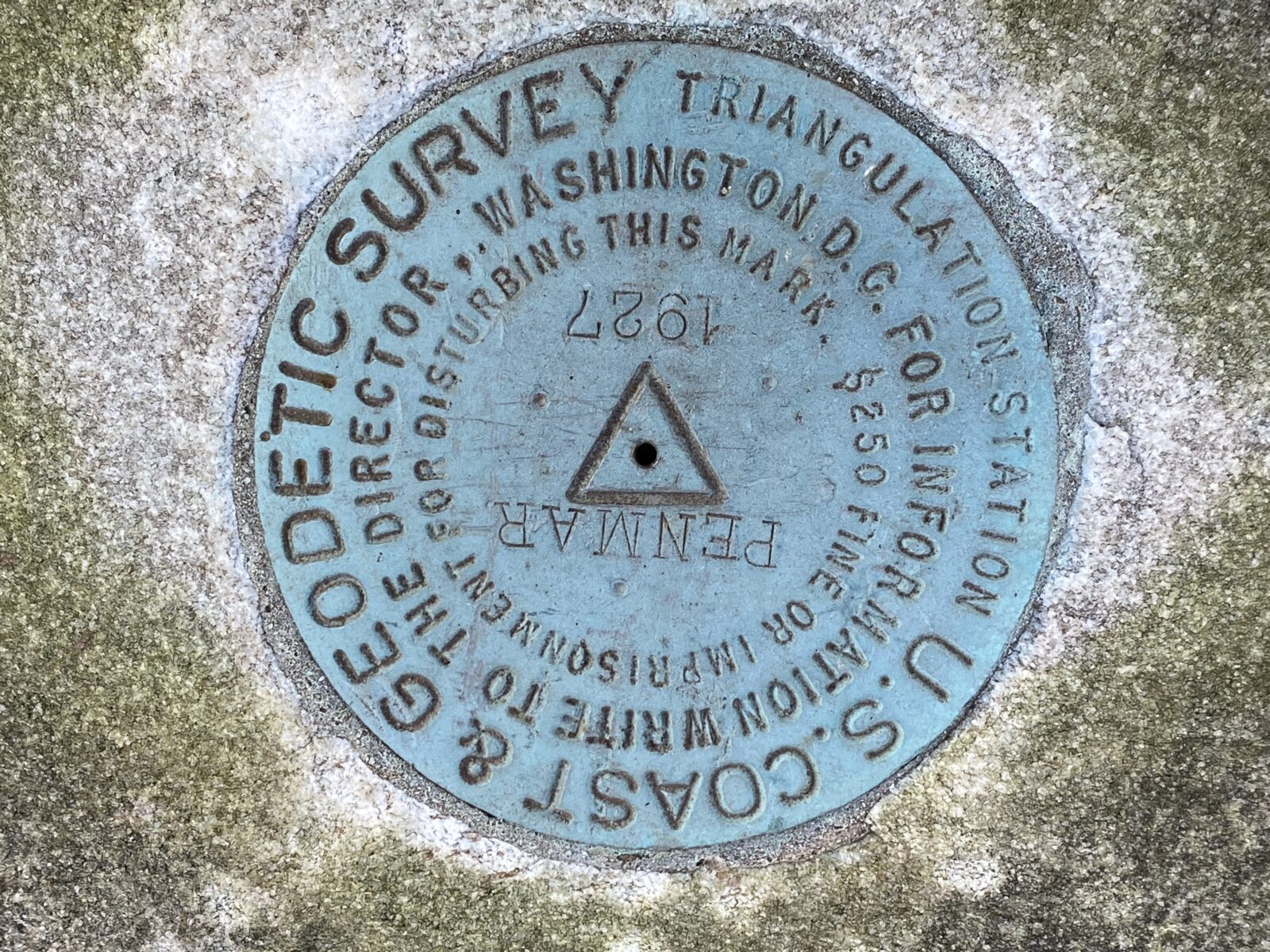 Eight miles and 4 hours of see your breath hiking with nothing but the sound of crispy brown leaves crunching underfoot gives mind and body the freedom of space and time to wander.  It can be a clear your head or get inside it moment. It all depends on how you choose to channel your thoughts. Either way, you’ll want a warm thinking cap for the journey.

With 278 campsites on 9 loops, only the 30 on Ash are open. And, only 7 are occupied in this deserted Rocky Gap State Park. The steel colored sky hid the sun, casting a shadowy lens over a nearly naked forest. That’s creepy, calming and cold all rolled into one.

The campsites are spacious and with 30 amps of power providing enough electric heat to maintain 58 degrees. It’s tempting to put on a sweater and hunker down under a blanket with a good book and cup of hot cocoa.  But that would be cliche. So, the better choice was layering up for a 40 degree, 1300 foot elevation change hike to the 1700s homesite of a hermit with a broken heart.

You can see summer on the walk from Ash to Hickory Loop.  Barren tent sites once alive with kids on bikes, family barbecues and tree-hugging couples with chocolate labs lie in wait. Walking through camptown, we picked up Settler’s Path at site 224. So began our 8 mile journey to the Mason Dixon Line and back.

The purple blazed Settler’s Path is like most forested trails, rocky and root laden, but this time covered in downed leaves for uneven footing and heightened ankle twisting possibility.  A mile in is the blue blazed Shortcut that misses a creek crossing and hemlock forest at the beginning of the white blazed Evitt’s Mountain Trail but marks the head of a dreary 8 degree thighmaster climb.

High on the Ridge

The journey began with light banter, humming the workout montage theme from Rocky, singing Def Leopard’s Rock of Ages and every other song containing the word ‘rock’ until breath became more precious with mental self-talk sinking into verbal silence. Where do you go when you’re in your own head? Perhaps a  to-do list, a problem that needs solving, reflections on a past experience … or are you in the moment, feeling the burn, tuned into the sights and sounds of your surroundings, celebrating pops of sun that last for seconds but bring hope in hardship.

Old Man Evart chose isolation over civilization on this wide, flat, tree suffocated ridgeline that connects Maryland to Pennsylvania at the Mason Dixon Line. One lone marker says he was the first white settler to Allegany County in the early 1700s and despite a sign that says Homesite, there’s nothing left other than the land it sat on.  The whole story, or lack there-of, makes the hike’s destination underwhelming. Even the extra mile march past an abandoned fire tower to the state dividing line yields no payoff other than a survey medallion. The workout is awesome, the head-clearing activity is therapeutic, the companionship on the climb is intimate but give us an overlook, commentary about historical relationship to the Civil War, an explanation of how Maryland got it’s odd shape while we’re standing on the ridge of it’s skinny left arm.

Out and back trails are generally unrewarding.  Up at Evitt’s Homesite a red blaze on a tree trunk led to an off-map trail possibly created by hunters.  If you are in the pursuit of YES, you go red before you backtrack. A ranger told us later that it was a social trail unsanctioned by the park.  We’d call it a “kind-of” trail which is basically meandering downward through the forest, looking for red and hoping your boots don’t slide out from under you.

Being off-trail captured the solitude of the area and added intrigue to the hike.  We slipped and stumbled down steep leaf covered banks then dropped into a dry ravine.  The prickly brambles had thinned for the fall allowing us to gingerly pass around and through the groves.  As uncomfortable as it all was, it carried a sense of adventure the sanctioned trail lacked. Two miles later we pick up the green blazed, appropriately named Rocky Trail and hobbled home for crockpot chili.