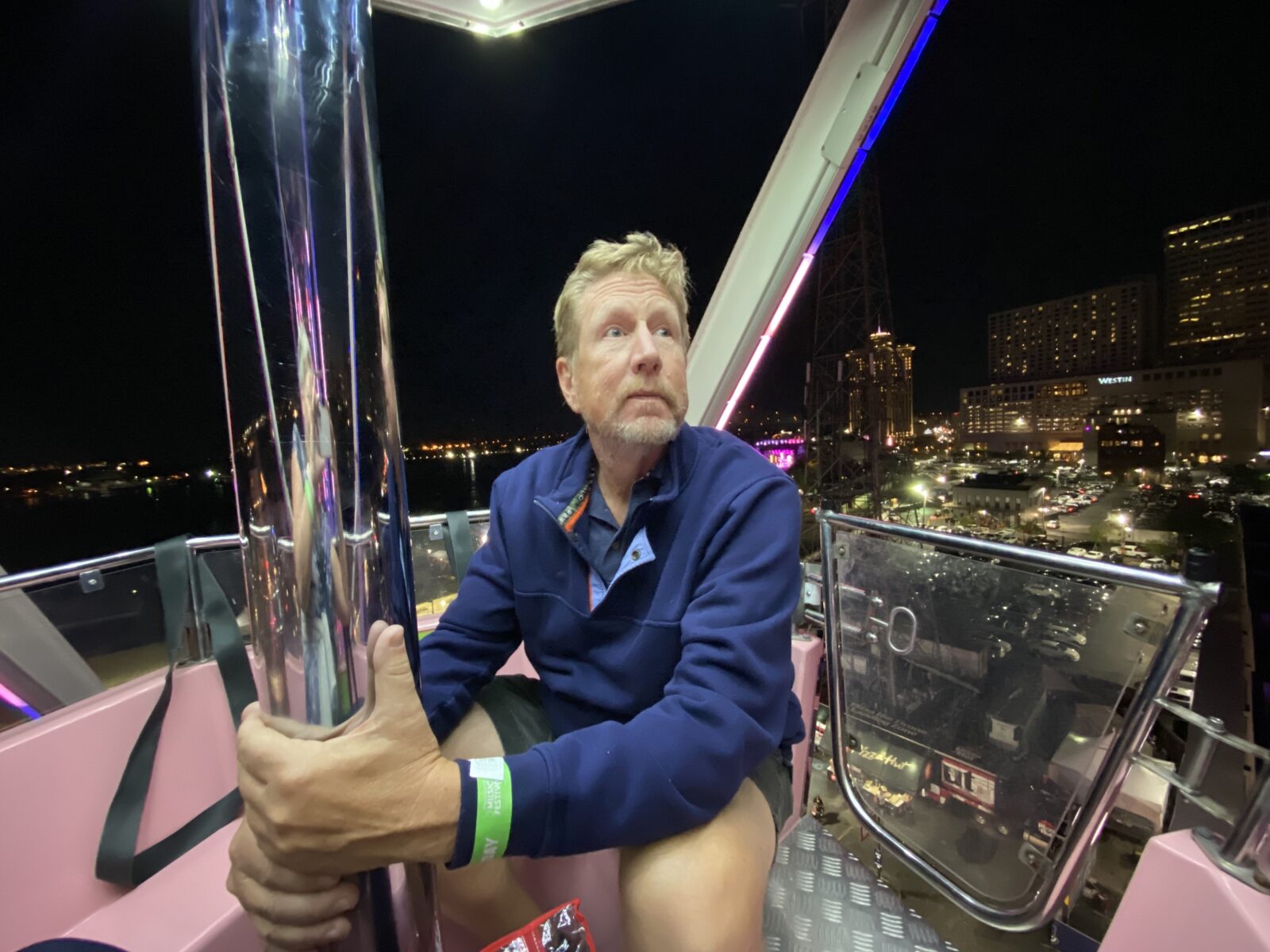 March Madness brings April Badassness in the City of New Orleans, dominated by frats and alums, decked out in team colors, partaking in every debauchery the voodoo city can conjour.

You’re more likely to find us hiking a coalwash or biking a causeway than gambling on the Vegas strip or in this case, doing a sober walk of shame down Bourbon Street in the French Quarter of New Orleans. But if there’s an event of magnitude, and it’s along the way, we’re for-sure stopping to check it out.

Which brings us to April 2-3 in the Big Easy. An event where you can’t afford a hard-to-get ticket to see Blue Devils duke it out with Tarheels, but you can attend a free concert in the park featuring Macklemore and Imagine Dragons. What?

About a dozen miles south of the French Quarter in the Belle Chasse portion of Plaquemines Parish, a little Naval Base hosts an eclectic mix of reserve units flying F-18’s for the Navy, F-15’s for the Louisiana Guard, and UH-1 Huey’s for the Marines. NAS New Orleans also sports a darn nice FAM CAMP which made it the perfect beach head for our excursions into the Big Easy. We had initially planned to e-bike it in, but Eric’s pesky rib injury and Sheri’s fear of them being stolen on the first leg of the trip relegated us to the back-up drive and walk option.

Belle Chasse sits on the south bank of the mighty Mississippi river with New Orleans on the north. The rapidly gentrifying St. Algiers historic district provides convenient ferry service to the touristy French Quarter landing on the opposite bank. It’s a 10 minute, two dollar jaunt across the muddy, turbulent Mississippi river which is busy with the commerce of moving giant barges 24/7. It is a great way to make an entrance into the city, and we were fortunate to catch the 5:00 ferry on a run with 10 seconds to spare.

Just off the boat, we could hear rapper BIA thumping on the “Infinite Sounds by Coca-Cola Starlight Stage,” warm-up for Kid Laroi and Khalid performing later in the night. Hungry and curious, we walked up Canal Street, seeing an throng of UNC lovers cheer as the Tarheel band loaded a bus headed to Caesar’s Superdome. And then we made a right on Bourbon Street.

The happy hour crowd was beyond happy, heading into delirium. Hawksters on Party Patrol blended in with jerseys and scantily clad exhibitionists while agents provocateur pushed carts of cannabis and tarot card readers will see your future for $10. On this very public walk of shame, hecklers threw beads at Wildcats showing their private parts while we contemplated if we would ever imbibe again.

Bourbon Street looked deeply distressed and we couldn’t decide if it was an intentional part of the ambience or due to a lack of maintenance. As trash spilled into the street and a thick stench wafted into the air, we pressed on. Throwing health an safety concerns to the wind, we saw a “world’s best hamburger” sign in a corner dive at the end of a well beaten Bourbon Street path and stuck our heads in to see if we could stomach it. No stale smells, a welcoming server wiping down surfaces, a guy with a haircover cooking the food in plain sight.

Sticking to the plan, we ordered exactly what was recommended on the sandwich board out front. Like finding a good Waffle House to replenish the caffeine on a through-the-night drive, the breakfast burger was stacked high with burger, egg, hash browns, and condiments and freshly prepared on the grill in front of us, leaving us with no icky feelings about what might be going on in the kitchen. Not fancy, but quite perfect actually and we had no complaints after our 320 mile commute.

The walk off dinner was off Bourbon Street, among the many blocks of ornamental French architecture, curiosity shops and meander in-and-out establishments with far less wild child behavior. While Jayhawkers and Tarheels were celebrating victory, Wildcats and Blue Devils were drowning their sorrows. We may have been forced to act like tourists and devour a decadent beignet at Cafe Du Monde before taking in the city views from high atop the complimentary ferris wheel erected at the music venue.

It’s surprising how much ground you can cover with just a few hours in the Big Easy. But an encapsulated visit can’t do it justice. Sunday we go in search of a sampling quintessential NOLA cuisine and a live performance of Can’t Hold Us. Believer!