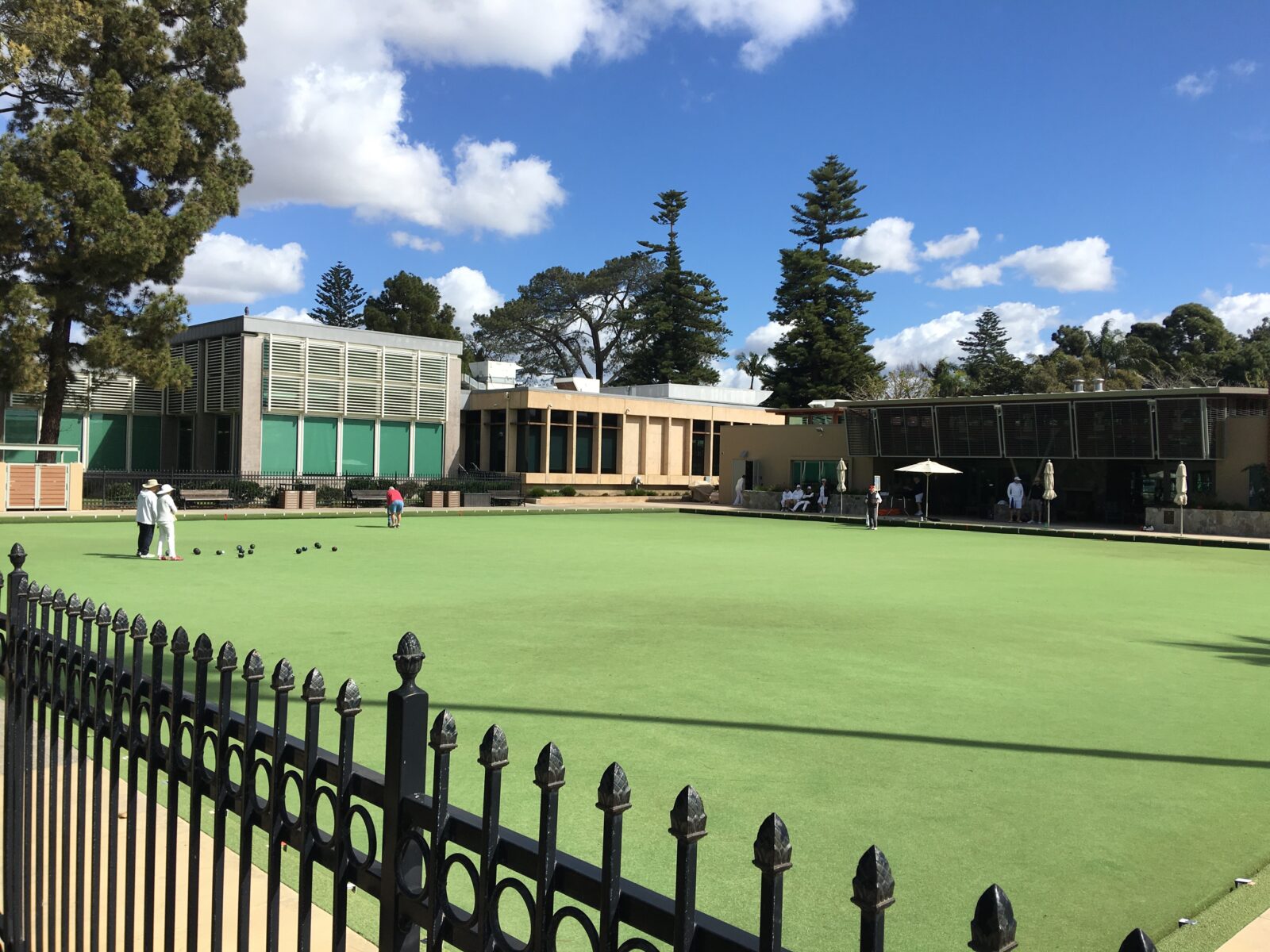 We could see clearly now the rain was gone, we could see all possibilities in our way. Gone were the atmospheric clouds that had us confined. It was a bright, bright, bright sunshiny Saturday.

Flying the coop we researched all events within Como reach and decided to embrace local status and hang on the island with our first stop at the Hotel Del for the annual 80% off boutique sale. When a fancy brand shirt costs $195, even at 80% it’s not enough of a bargain for us so we moved on.

Getting to know the island, it’s a friendly, small town of wide leafy streets lined with Victorian homes and Californian bungalows where beach people and outdoor enthusiasts swim, surf, bike, run, golf and lawn bowl, of course. It’s also a bad-ass extremists’ playground and home of the Navy. They don’t own Jayco campers, the own Dub Box. There are no fast food chains, only Orange Street cafes with outdoor patios and plenty of bicycle parking.

On our way to the 40,000 sq ft designer library a tazedown was in progress. No idea what the guy did, but he was a shirtless mess and put up quite a fight for the 10 officers, 4 police cars, fire truck and ambulance that showed up to subdue him.

Lighting fast WiFi and wired for bloggers like us, it’s a classical revival library where we upgraded our iOS and backed up our iCloud, which was long overdue.

No day in town is complete without a stop at the Commissary and Exchange, mostly an excuse to stop at Auntie Annie’s for the $1.00 pretzel of the day. Now at 4 days in a row, we are finally sick of Annie.

Turns out the Commissary also sells Julian’s Apple Pies. At $16 each, we bought the 8 items on our list and skipped this famous dessert, mostly because we couldn’t see it through the sealed cardboard box and after much debate decided it would be gluttonous to consume an entire pie between the two of us.

Compared to town, the weather wasn’t exactly picturesque at the beach.  The wind was blowing hard out of the northwest which resulted in an angry sea. The temperature was in the high fifties, not so bad when the sun was shining but chilly when the ominously thick clouds blocked the light.  Nevertheless, Silver Strand Beach State Park was nearly full of RVs, although the owners looked to be holed up inside.  We arrived on loaded Comos ready to brave the elements, marking our position with the 14 foot toucan kite we’d bought at the church thrift store tied off on the bike.

The sport kite flew next.  In the strong wind, it carved out turns and loops like a jet fighter. Sheri tried her hand on the controls and after a quick learning curve had the Jazz doing tricks, like not crashing into the ground at 50 mph.  The temperature continued to drop, so we switched to paddle ball for more movement.

Surprisingly, we were not alone on the beach.  Behind us, little children dressed in what appeared to be prince and princess outfits played in the surf while the adults set up a paper and ivy covered arch in the sand – no small feat in the strong wind.  More cars arrived for a pop-up wedding! The pixies were retrieved from the surf, and those of us on the beach gathered as the bride walked down the makeshift isle.  We clapped at the conclusion of the short ceremony and as quickly as it arrived, wedding participants vanished into the shelter of their cars and drove away.

The sun was setting so we started a fire to keep warm and make s’mores.  The bikes and blankets served as a windbreak to allow the fire to catch. 50 yards away a couple have the similar idea of a romantic fire on the beach at sunset.  Unfortunately, without a wind break, the wind kept blowing the fire out before it could fully catch.  The young man runs to the car and solves the problem with a large bottle of Kingsford Charcoal Lighter.  The couple huddle in the wind as he kept a steady stream of lighter fluid flowing on the mostly unlit logs as they basked in the heat of a lighter fluid fire. Eventually the bottle ran dry and, like the wedding crashers, they quickly drove away.

Even with our fire blazing, the strong wind made it tough to feel its warmth.  The wind break allowed the logs to burn strong but also sent smoke flowing into our protected sitting area.  At intervals we repositioned the backpack chairs to trade warmth for oxygen. Of course, the lack of oxygen and hypothermia did not keep us from making s’mores.  If you are going to die of exposure or asphyxiation or both, we can tell you that doing so while eating a s’more is better.

With the wood gone and darkness fully upon us, we reeled in the toucan and packed the Comos.

The ride home was dark and cold, pedaling into a stiff 20 mph gale force wind.  Luckily we made it back to Betty before the rain hit. Believe it or not, it was a great day to be a local Coronadian.