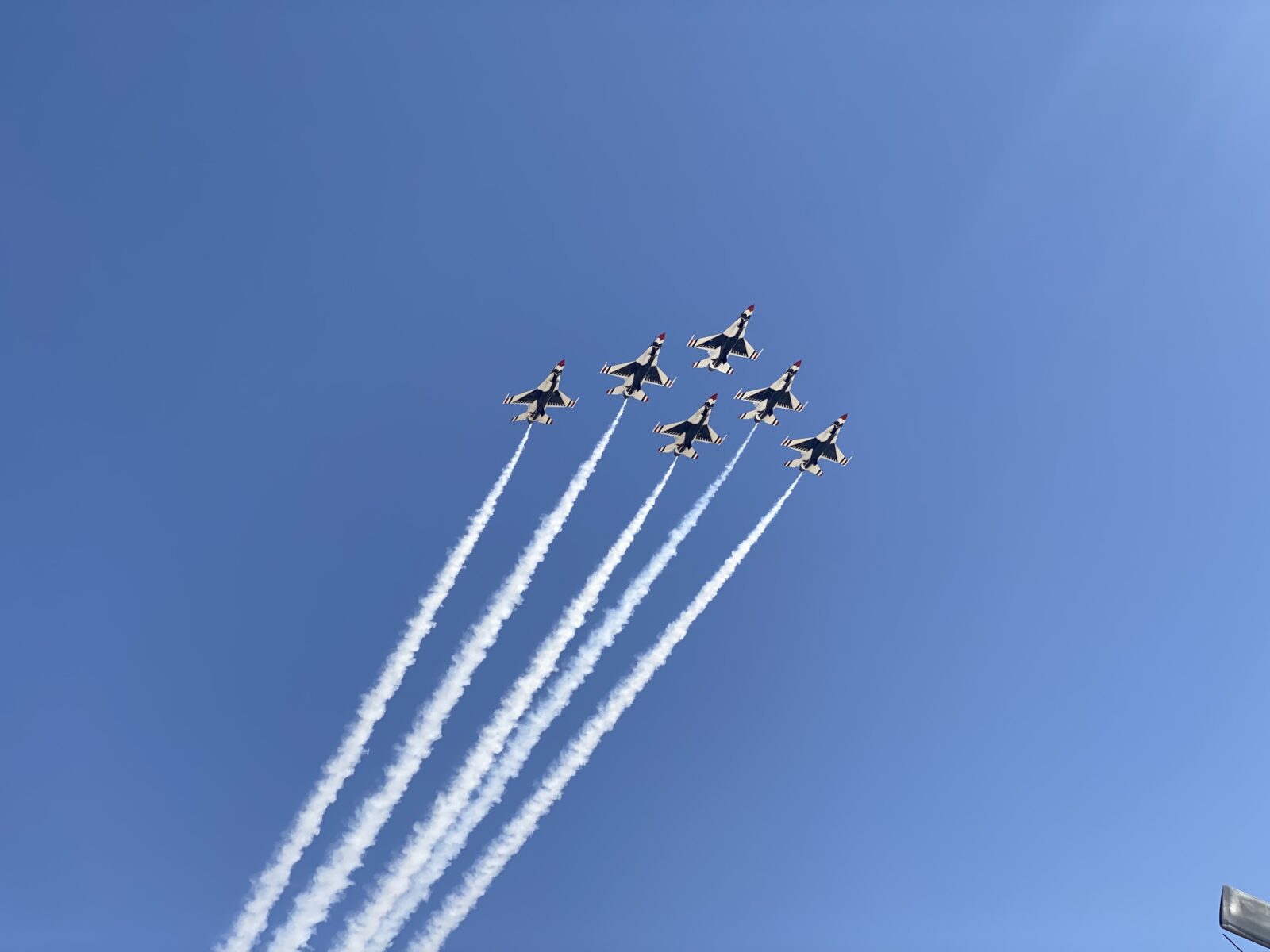 Birthday 2022 is 55/60 for Sheri and Eric and 75 for the United States Air Force. Unlike us, they seem excited about getting older, throwing themselves a blowout on the ramp this weekend with some serious American Airpower on display.

It’s hard to believe the Air Force is 75, considering Army, Navy and Marines are all 246. Space Force is the baby at 3. After WW2, the Army Air corps spun off as their own service because they became more than support to the Army, they were airpower projection. Similarly, as satellites are different than planes, the Space Force got its own service. Which, by the way, is the service hosting our Army keyboard warrior when he returns from Korea this summer.

The Legacy of Liberty party at Hollomon put dozens of aircraft on display, along with flight demonstrations, virtual reality games, hotdogs and lemonade. Pretty much all of Alamogordo showed up, hiding in the shade of massive aircraft bellies and wings to watch F35s, A10s and the fancy-paint Thunderbirds strut their stuff.

We both went into the ECHO chamber to take the virtual reality test to see if we have what it takes to be Air Force pilots. Eric bailed after the first test, happy he flew in the real world and not at all sold on the new Meta-verse. Sheri went ahead and failed all five tests before accepting she was not Top Gun material.

Airshows are the ultimate recruiting tool. You can climb inside a Chinook helicopter and pretend you’re running a search and rescue or meet the real life airmen flying transport, attack, fighters and bombers, ready at the call. Their families got to see them in action and the community got to take pride in their hometown where their neighbors are busy watching their back.

It was loud, it was hot and it was an awesome reminder that US airpower rules. It also reminded us that our safe and secure position on an Air Force Base was drawing to a close. The news is filled with apocalyptic stories of wildfires and droughts in our planned path. We have learned to not over-react to the news. They are in the business of generating headlines not RV advisories. We will have to take it one day at a time, be nimble, and most importantly, be grateful of the wonderful opportunity to see the country even when we are hot, dry, dirty and tired.

Happy Mother’s Day 2022 to our all of our Mom’s in the family! You are the glue that holds us all together.