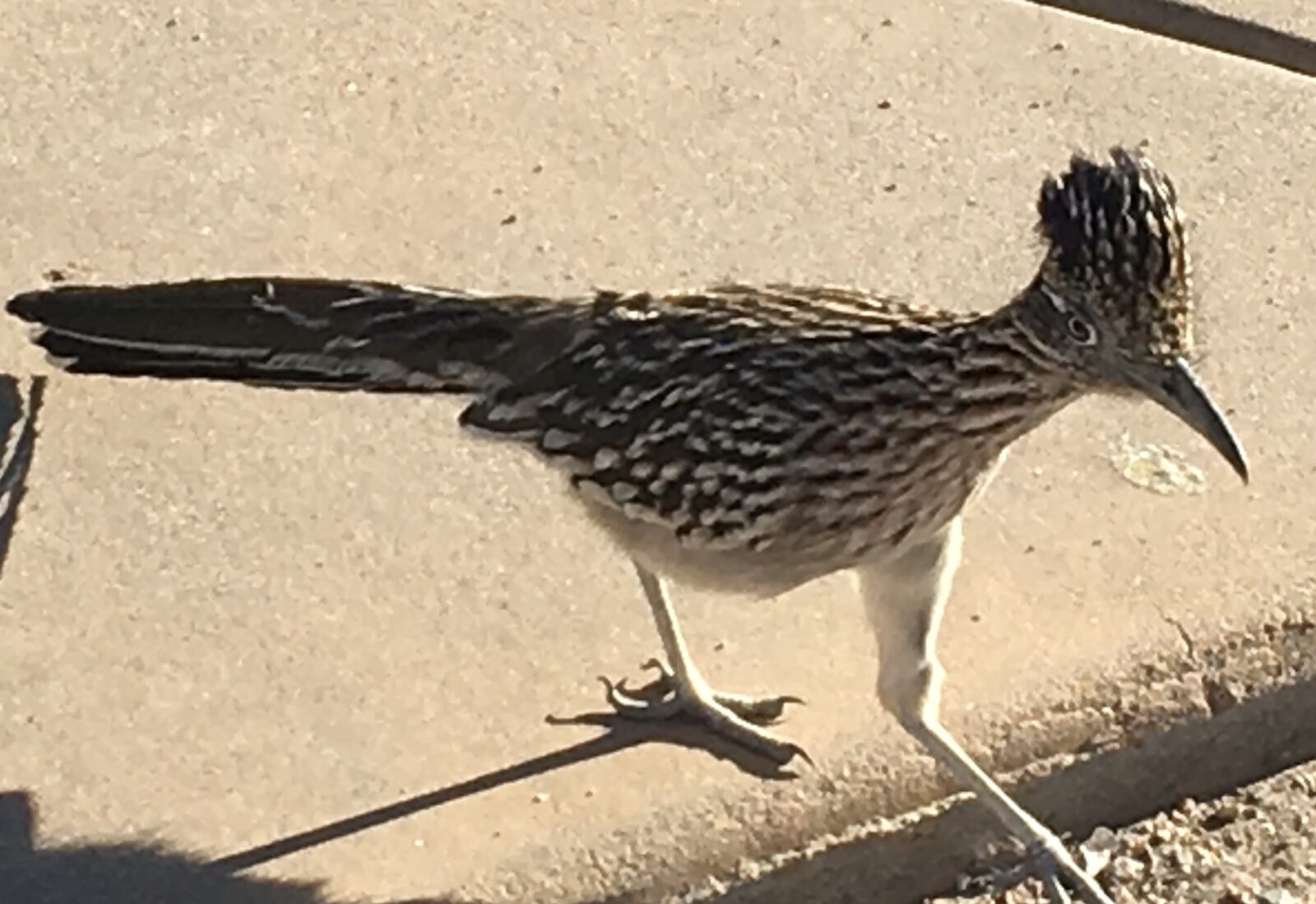 When plans get foiled, sometimes a better plan emerges and the scramble is part of the fun in a new puzzle to be solved.

We’re supposed to be in Phoenix now, camping then storing at Luke AFB with a non-stop back East on Tuesday. Turns out Fam Camp in Phoenix is not at Luke, it’s about 55 miles north at Gila Bend, and Luke had no 35 foot storage spaces available. Neither did any private RV storage facility in and around Phoenix.

Phoenix is the darling of the desert southwest. But, about 120 miles south of Phoenix, Arizona’s lesser-known sister city, Tucson, has nearly the same great winter weather. With the elevation a couple of thousand feet higher, the temperatures in Tucson are just a few degrees colder. Tucson also has a an Air Force Base that is home to the ready-reserve fleet of preserved military aircraft ready to be brought back to life should World War III erupt. For sure, Davis-Monthan AFB with its mothballed aircraft is not a sexy as Luke AFB in Phoenix which is home to state-of-the-art F-22 fighters. And that difference sums up Tucson and is perhaps why we love it. It is unpretentious, surrounded by picturesque mountains, and an outdoorsmen’s paradise.

Davis has a no reservations Fam Camp with 197 spaces. We pulled up in Betty, and picked a fabulous pull-through four sites down from the bath house and laundry for 22 bucks a night. They also have storage, but unfortunately no space for us. So, on the drive from Leasburg Dam, we hit the phone and booked Tucson RV storage for 2 months, rented a car to get us to Phoenix for our flight, booked Carl’s RV for maintenance and repair projects then booked our flight back and reserved a hotel room on base for the nights Betty is staying at Carl’s. Scramble BAM! We love Tucson – its the kind of place where you can get stuff done because people largely have not discovered it yet. Let’s keep it our secret.

Business was taken care of so we spent today exploring downtown by bike. The Loop is 131 miles of paved bike trails connecting Tucson to its surrounding communities. Eric downloaded the app and we were off. Tucson prides itself on being one of the most bike-centric cities in America. We road the Aviation speedway into town from the outlying base crossing freeways on flyovers and tunnel-unders on beautiful smooth paved bike path.

Like Memphis, it was about 10 miles into town, traversing highways, parks, ballfields, bridges and neighborhoods. A corp of volunteers keeps them litter free. We passed them on the trail and gave them a big shout out.

We dropped into town in the Entertainment District where they were setting up for Second Saturdays – a once a month music and arts festival that we will be attending tomorrow.

Then we hit the Art House in the Arts District where we shopped local and snacked on chips and guac while an old man played 70s hits, acoustic guitar – cafe style. It is easy to picture a wintering in Tucson. The temperature neared 75 and the humidity was non-existent. Your chances of sunshine are 330/365 percent.

After art, the next obvious activity would be disc golf, right? The 18 hole Santa Cruz River Park Course is in a dusty field with pins placed behind random trees. This picture actually has 4 pins. Can you see them? About a dozen other people were on the course so disc golf might just be Tucson’s official sport.

Ironically, playing this course was more difficult than getting this roadrunner to pose for us.

After disc golf, the next logical stop would be Camping World, a short 10 miles away on a major artery just off I-10, to buy 25 pounds worth of winterizing equipment. Everyone picks up a couple gallons of anti-freeze and carries them home on their bikes, right? Tucson is a biker’s paradise, but not for Camper’s World shoppers. Campers World was extremely well located in Tucson for a motorhome traveling on I-10 to pull off and pick up supplies. The prime location on the six lane shoulder-less freeway was a nightmare for us. Without many options, we cranked the assist up to max and powered down the road at 28 mph to minimize our exposure and speed difference with the cars.

Overall, it feels like Tucson might be our western launch pad. We can head west to California, or north into the mountain states. The only downside appears to be that there are no non-stops out of Reagan to Tucson. American Airlines, are you listening?