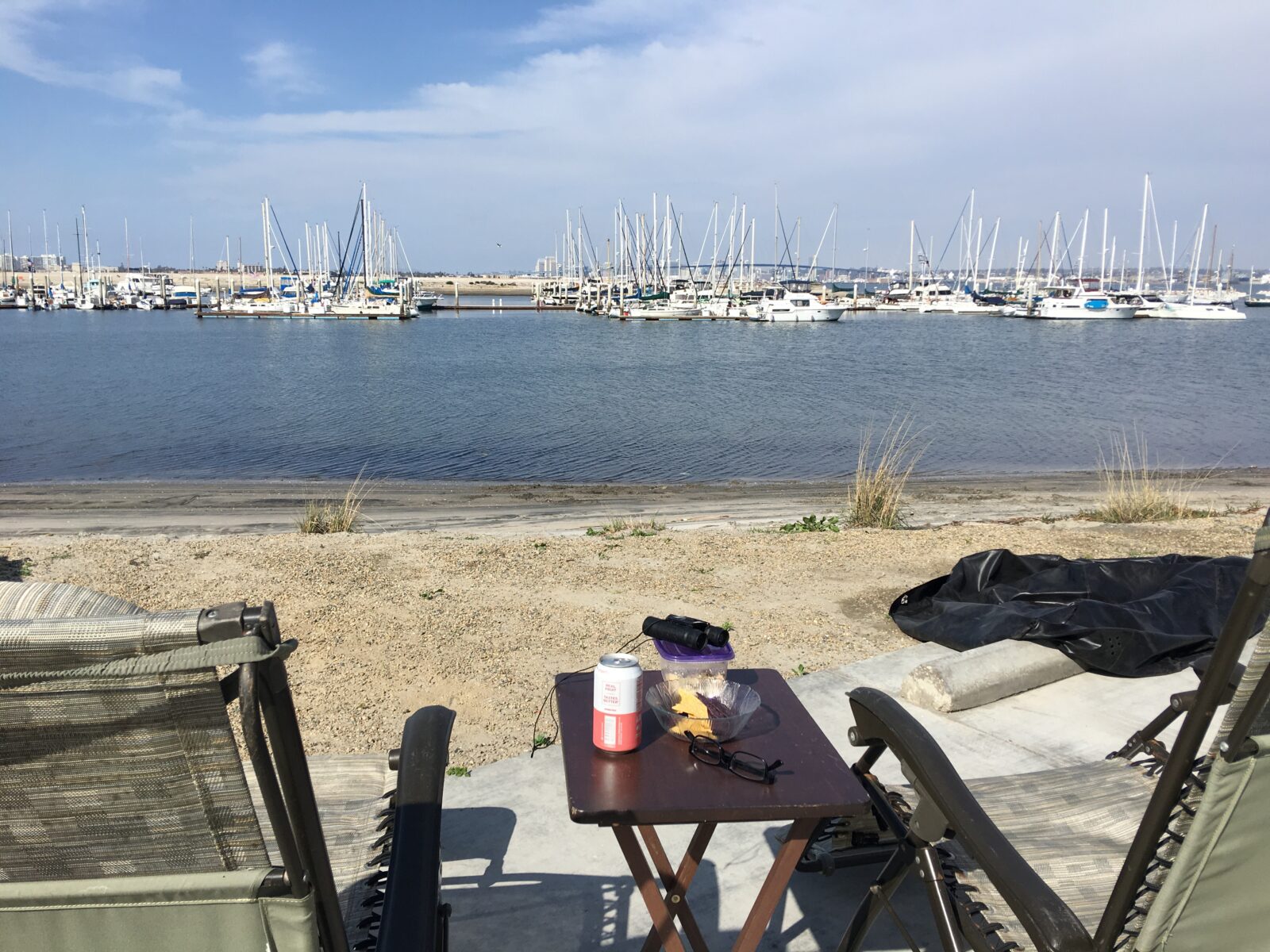 Is it better to be lucky or smart? Six months ago we were unable to lock down a reservation at Fiddler’s Cove next to the SEAL Base so we booked into the Silver Strand State Park, just a mile away but more expensive with less amenities because we really wanted to explore Coronado Island and coastal San Diego. As we slowly broke camp this morning we recounted our right place right time stop into the Cove’s office where the helpful attendant stitched together 12 days of waterfront living in probably the best military RV campground in the country, The impact of that luck makes us more appreciative and more in touch with the universe than the feeling of being smart by reserving further in advance. Sometimes things go your way when you least expect it and that joy becomes a lasting memory.

Betty rolled off the Island and onto the I-5 heading north. All of San Diego appeared in front of us as we passed the exits for the places we had visited. Old Towne? Check. Mission Bay? Check. Point Loma? Check. La Jolla? Check after check after check. A month ago we could barely spell San Diego. We leave with a real love of the city.

San Diego barely ends before the greater Los Angeles metro region begins. As we peeled off I-5 to for a stop at the California Visitor Center, the In-N-Out burger next door called for our once a year splurge, In-N-Out sells one thing – a burger and that’s it. No chicken, no salads, no breakfast. We got the Double-Double. It’s a cult on the west coast. If you haven’t done it – you won’t get it.

Colleen, the perky greeter at the Visitor Center was eager to find out where we were from and where we were going, offering brochures and maps and mandated that we must take The Pacific Coast Highway into Seal Beach – no problem for an RV. Get back on I-5, go past Camp Pendleton and pick up the beautiful stretch of road right along the Pacific Ocean. So we did.

The Navy operates a storage facility for Naval weapons about a mile and a half from the ocean at Seal Beach. That sounds like a good place to put in a campground. We joined 81 other guests at Sea Breeze RV campground on our large concrete pad with picnic table and full hook-up. The heated bath house and laundry facility make this seem like pretty easy living. 15 miles from Disney Land, it is closer to LA than we thought. The view is no Fiddler’s Cove, but, hey, what is?