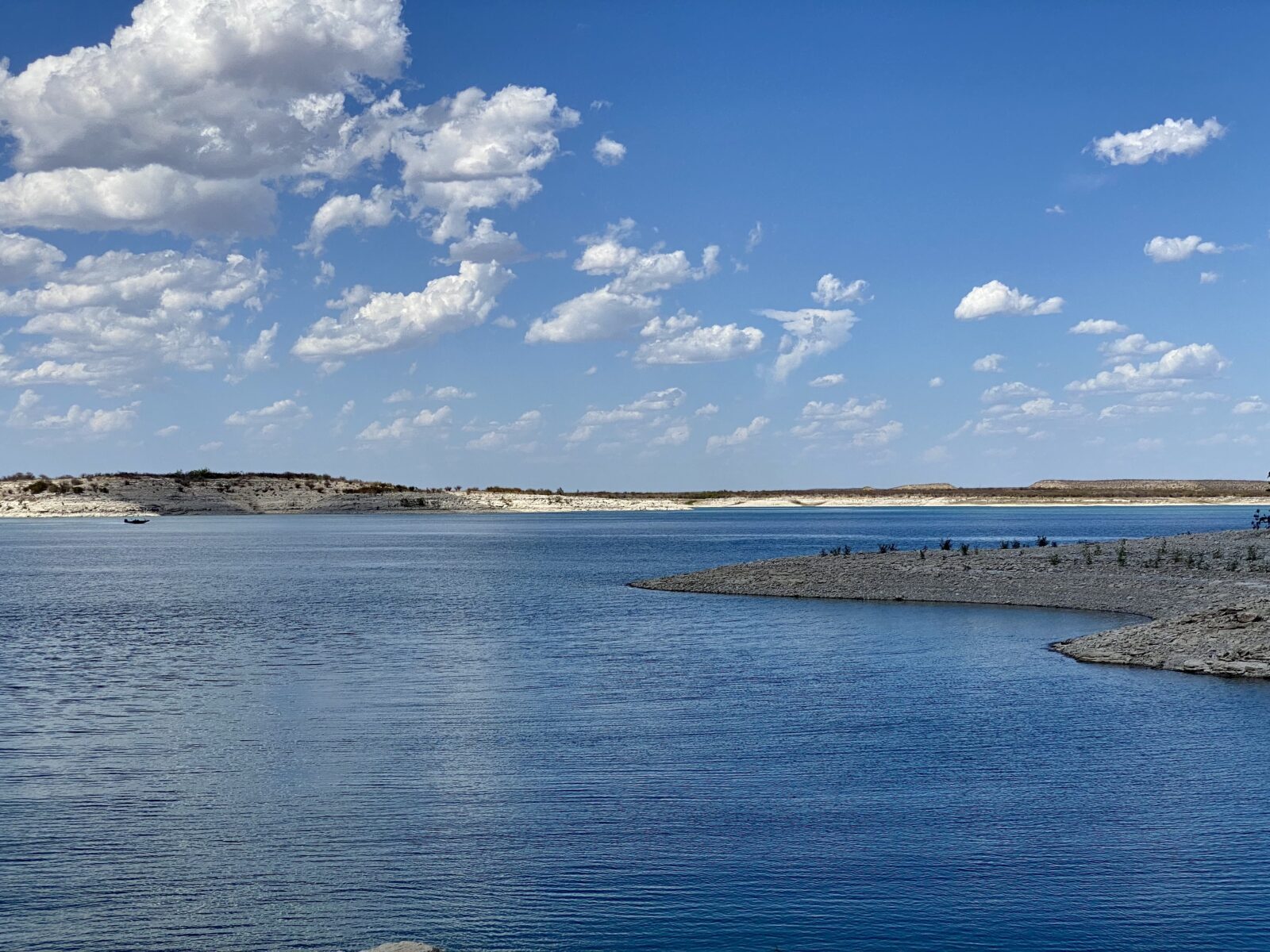 A wet, sandy wind chased us out of Corpus Christi early Tuesday morning. The night before we’d done our departure chores to make a pre-dawn escape, including wiping down every surface of the feel-it-but-can’t-see-it granular build-up that sifted its way through the screens. The thunderstorms rolled in while the sky was still dark, thick drops pelting Roxie and soaking us as we hooked up. It was so early that even the camp host neighbor, Doc, was still slumbering. Unusual because any other time he is likely to chase you down from 100 yards away to make conversation or impart some wisdom.

Doc was a retired Master Chief Petty Officer (E-9) who had run missions in Central America during the Noriega years, removed a bullet from his own chest and led a USS Mercy mission to Indonesia for tsunami relief. If that sounds odd to you it is only because you don’t know how MCPO’s are wired. Things either run right or they die trying to make it so. We felt like if anyone could stop the wind from howling through the camp, it will be Doc.

South of Austin, San Antonio, El Paso and all other major Texas cities, we beat a track on two-lane farm roads westward into the ranches of Texas. The roads may be narrow and rough, but the speed limit is still 75 mph. Anything less is for wimps – like us. As we rolled through Campbellton, then Charlotte and Big Foot, the air dried out, the sun came out, and soon the landscape was littered with wild cactus. Sheri was in heaven.

Every 50 or so miles a little town would pop up like Pearsall with empty storefronts, banker’s hours police and dilapidated farm buildings, then Uvlade with a clean and bustling downtown district along with checkpoints by Customs and Border Patrol. That’s when we knew we were finally in the west.

White with green stripe Ford Explorer Border Patrol SUVs became every other car on the highway. Avoiding the left turn that took vehicles immediately to Mexico, Boss tugged Roxie to the marina on Lake Amistad run by the friendly folks at Laughlin AFB in Del Rio, another pilot training base far away from anywhere anyone could get hurt. The sites line up in pull through style with a commanding view of the azure lake below.

The office was closed and a call to the after hours number went to voice mail. Except for the memory of a 2 minute phone conversation the day prior, we had no record of our reservation. Time for a command decision – the Air Force wanted us in site 14. With the camp only 2/3 full, the chance that it was going to fill up late Tuesday night was slim so we gambled.

The dam at Lake Amistad was built in 1954 during a time in American history when we literally could not find a river that we did not want to dam. It seems once you learn how to dam up a river, its like Lay’s potato chips – you can’t dam just one. The Rio Grande below El Paso is a trickle since nearly all of the water has been pulled off for agriculture, but that trickle was finally controlled. High-speed bass boats are finally free to roam the 65,000 acres of water in search of the big one. In that parched surrounding landscape, the deep blue lake is incredibly inviting. We waded in to our knees but the crisp temps made us keep our pants on.

Anxious to show off her off-roading skills, Sheri nudged Boss into 4WD to follow a rocky back road to the best dam view on the lake. Normally we might have been tempted to break out the tent and boondock in the picturesque spot but the 107 degree outside temperature chased us back to Roxie who was working quite hard to keep interior temps in the low 80s. But it’s a dry heat …