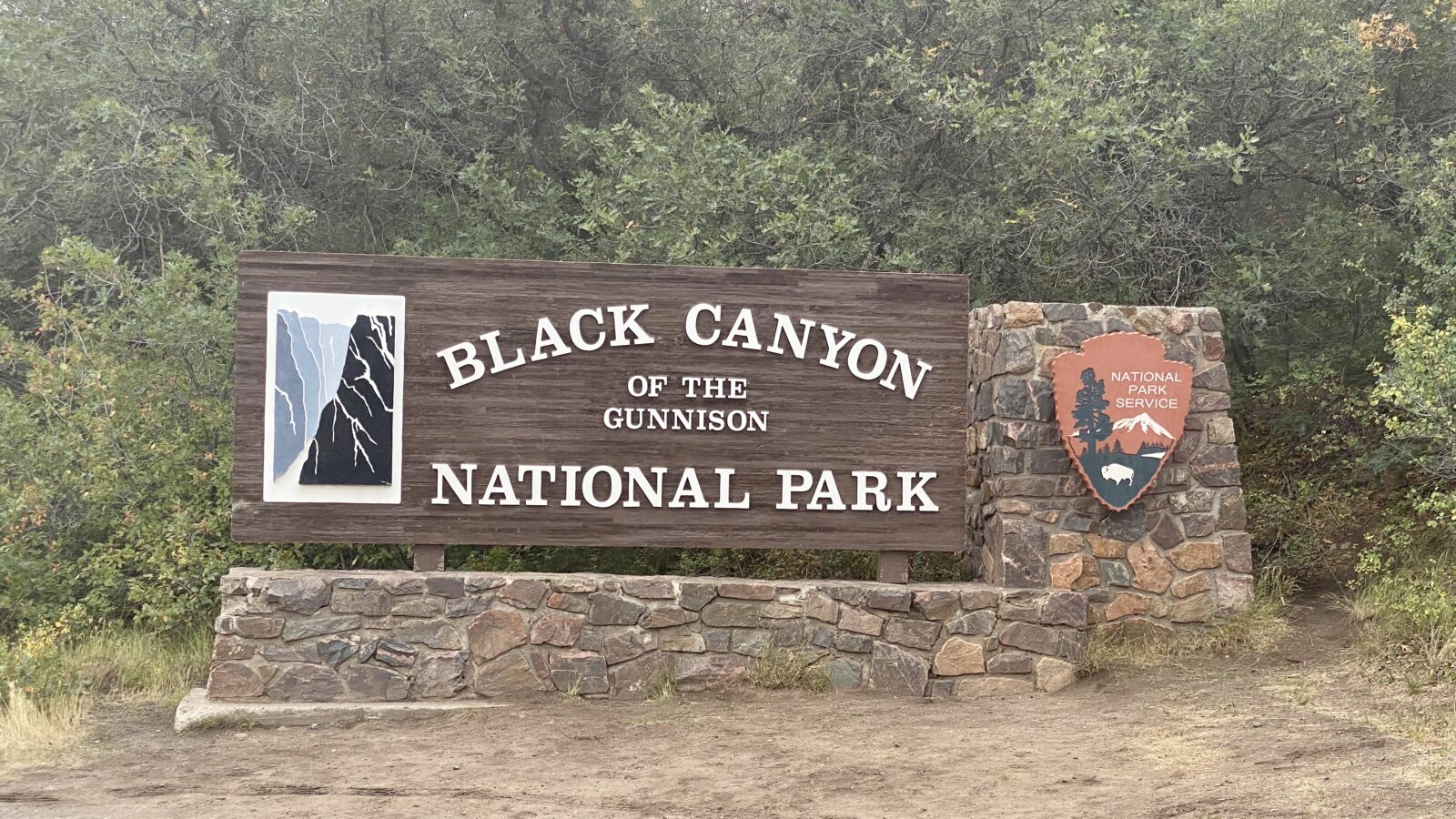 Utah’s Mighty Five National Parks is an ad campaign. Arizona’s Grand Canyon as a summer vacation destination is a product of a tourism bureau. State borders have been politically penciled in on a map. Western states separately promote their respective greatest natural wonders in a cut-up, disjointed series of signs, pamphlets, commercials and promotions. A visit to any single natural wonder leaves you speechless.

The scale and scope of any single natural wonder such as the hoodoos of Bryce or Devil’s Garden at Arches surpasses human understanding. We journey, gawk, snap selfies and depart, checking the “saw it” box but left wondering what it might mean in the grand scheme of things.

After two years of hiking, photographing, camping, and exploring, we find ourselves camped on the edge of an abyss nearly three thousand feet deep and more than a billion years old. The Black Canyon of the Gunnison can no more be understood by hiking out to one of the overlooks than can the inexplicable formations of hoodoos in Goblin Valley. These photos don’t do justice.

As we reflect on the entirety of the southwest’s four corners region that stretches across Arizona, Utah, Colorado and New Mexico, we begin to connect the dots between the deep canyons, layer cake cliffs and red rock mesas that is a massive artistic installation of breathtaking landforms sculpted in stone.

The Black Canyon is the crossroads where the Rocky Mountains end and the Colorado Plateau begins. The Plateau is larger than New England and stretches from our campground in the South Rim down into the high desert of New Mexico, across to the Grand Canyon and up into basin of eastern Utah. We’ve spent many miles on roads connecting this geological wonderland and are just beginning to fathom how the individual parts create the whole.

No other canyon in the Unites States is as steep, deep and narrow as this one. The hard rock formations jut to the high plateau as though they were carved with a chisel of the Gods. View points with railings far too low (or no railings at all) dot the edge of the canyon where you can peer nearly three thousand feet straight down in vertigo inducing fright. Some areas at river level see just 33 minutes of direct sunlight each day.

The rim of the canyon is completely accessible to all. Hikes are short and flat out to any number of creatively named view points like Painted Wall, Dragon’s Point or Devil’s Overlook. A wide paved road connects these vistas to motor, hike or bike along the rim walls. Longer interpretive ventures take you out along the rim ridge with views both into the canyon and out over the adjacent valley. We take plenty of time to sit and ponder the magnitude of it all while catching our breath at the same time. We’ve still not acclimated to life at 8,000 feet and above.

Perhaps it is the thin air. Perhaps it is the thousands of road miles we have driven. Maybe it is the knowledge that after this weekend we will cross over the Rocky Mountains and leave the magnificent Colorado Plateau behind for an indeterminate period of time. Maybe we are beginning to comprehend the interconnections among all the parks we have explored on the plateau. The mental pondering on the wonder of it all is perfectly matched to a night sky bright with stars, which is impossible to photograph. Is there an app for that?

Black Canyon is a national dark sky spot. A cold front swept through a few nights ago, leaving only a thin, cloudless, low humidity atmosphere between us and the stars. There are no other significant sources of light pollution nearby so when the sliver of a moon stays hidden until after 3 a.m, a night sky so dark makes the Milky Way look like spilled white paint across a black backdrop.

South Rim campground in Black Canyon has switched from reservation-only to first-come. The park was shown online as fully booked last week but now sites can now be found for the adventurous who are willing to roll the first-come, first-serve dice. Three loops are open and will remain so weather permitting. You’ll like want to bring your electric blanket as the night temps are now in the 40s, so pick a spot on Loop B for plug in.

There is no running water, even in the vault toilet room, and no RV servicing. Nestled in a site perhaps a tad smaller than recommended, Roxie is the perfect home. Self-contained with more than a week supply of fresh water and tankage, we have the amenities of cabin living in a rustic and remote setting providing a wonderful opportunity to reflect and plan as we begin to leave the wild west behind.